Episode 9: “The Watchers on the Wall”

Game of Thrones Season 4 Episode 9 saw the entire episode taking place at The Wall during The Battle at Castle Black between the Night’s Watch and The Wildlings/Thenns.

We open the episode with Jon Snow and Samwell Tarly, who are atop the wall preparing for the impending Wildling invasion. There the talk extensively about love and their relationships with Ygritte and Gilly. While this is going on, the Wildlings and Thenns prepare for the impending attack at their camp. There, Ygritte warns everyone to stay away from Snow, as he is her’s alone to kill.

After speaking with Maester Aemon about love, Samwell finds a distraught Gilly (with baby) at the gate of Castle Black. However, their reunion is short lived as horns sound, signaling the the arrival of Mance Rayder’s army. Upon hearing this, Samwell hides Gilly and the baby in the kitchen pantry. After finally kissing her, he promises her that he will not die. 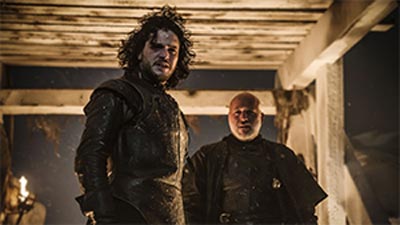 After Ygritte scouts out the entrance, Styr orders the group to attack, leaving both sides of Castle Black on the defensive. While on top of the wall, Ser Alliser leaves his post to fight the enemies at the bottom, leaving an incompetent Janos Slynt in charge of the top of the wall. However, Green tricks Slynt into leaving for the bottom, which puts Jon Snow in charge.

As a mammoth and several giants attempt rip down the gate, Jon orders Grenn to take some men to the bottom to defend. At the bottom, Ser Alliser is wounded by Tormund and is taken inside to be treated. As the battle rages on, Sam and Pyp do their best to stand their ground with crossbows. However, Pyp is killed by Ygritte, leaving Samwell alone. Surprisingly, Samwell manages make it to the top of the wall by killing an aggressive Thenn storming his way. 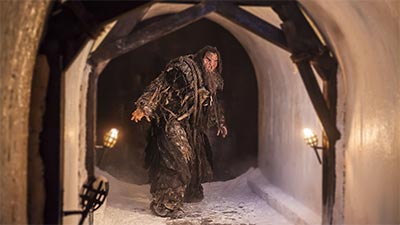 At the top, he informs Snow that the battle is being lost on the ground. Hearing this, Snow leaves Edd in charge and heads to the bottom where he kills many men, including Styr. After slaying the Thenn, Snow is confronted by Ygritte who has her bow pointed at him. However, she hesitates and is shot by the young Olly with his bow. She and Snow share a moment, and she dies in his arms. 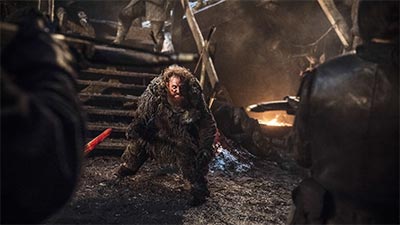 After suffering many casualties, the Wilding army retreat for the night, except for Tormund who has been captured by the Crows. Sam and Jon speak once more, with Snow telling his friend that he is leaving his post to kill Mance as he hopes it will put an end to the battle once and for all.