The Mountain and the Viper

This Sunday’s episode of The Mountain and the Viper featured the highly anticipated showdown between revenge-driven Oberyn Martell and the hulking Mountain, Gregor Clegane. And then there were some minor events in Meereen and the North, but they were naturally shadowed by the real question everyone was waiting for – is our favorite imp fated to live or die?

For anyone who watched the final battle, it was a huge up-and-down roller coaster of emotions and upset. No one had ever seen Oberyn, a prince of Dorne, in a fight before. Tyrion and Jaime discuss his chances the night before the battle, with Tyrion piping, “You don’t get a cool nickname like the Red Viper of Dorne by accident, right?”

During the day of trial by combat, Oberyn seems very sure of himself. Ellaria Sand looks up the Mountain, and says “You’re going to fight that?” Today is not the day I die,” he declares to his paramour Ellaria Sand. We’re all rooting for him at this point, as the charismatic underdog taking on the brutal killer who murdered his sister.

The start of the battle shows Oberyn displaying his mastery of the spear. They trade blows at each other with Oberyn tumbling away swiftly from the would-be fatal swings of the Mountain’s massive sword. The Mountain proves a formidable foe as he strikes Oberyn down several times, even breaking one of his spears. However, Oberyn lands a well placed blow at Clegane’s shin, slicing up his leg and then tripping him onto the ground. With a leap, the Red Viper plants a spear in Clegane’s chest and the Mountain collapses. Seemingly unsatisfied with winning without a confession, Oberyn circles the fallen Clegane, screaming at him to confess to killing and raping his sister.

Gregor looks pretty dead at this point, and the victor seems pretty certain. Then at the very last moment, the Mountain reaches out, grabs Oberyn’s leg and drags him down. He grabs Oberyn’s head and SMASHES HIS SKULL INTO THE GROUND. All while finally granting the confession that he was in fact Elia’s killer. We’re all in shock at the gruesome scene that’s just been played out, as Lord Tywin stands up and issues the conviction that Tyrion has been proven guilty by the gods and will be executed by beheading. Yikes. 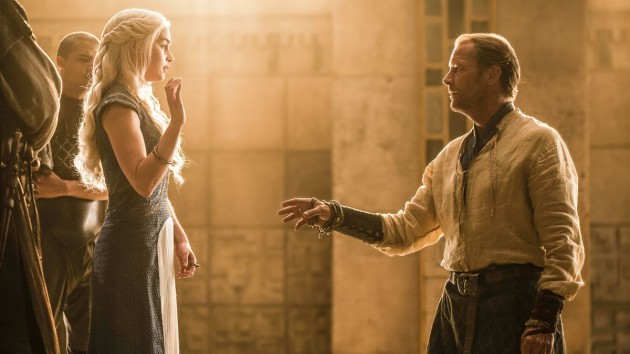 Barristan Selmy, one of Daenerys’ knights, is walking through Meereen when he receives a scroll from an unknown child on the street. His face registers surprise as he reads it, and we later find out it’s an official pardon from King’s Landing issued to Jorah Mormont. He confronts Ser Jorah, knowing very well, that the once-exiled knight must have spied on Queen Daenerys in order to receive the pardon. He’s pained as he confesses to Dany in the throne room that he once reported her secrets to Varys, putting her at risk several times. It’s the ultimate betrayal of one of her most trusted advisors. Disgusted and betrayed, Dany commands that Jorah leave the city at once, never to return to her service. He’s been so clearly in love with Dany from the start – where will he go next??

In other Meereen news, Missandei and Grey Worm are having a moment, after Grey Worm stared at her bathing, naked. 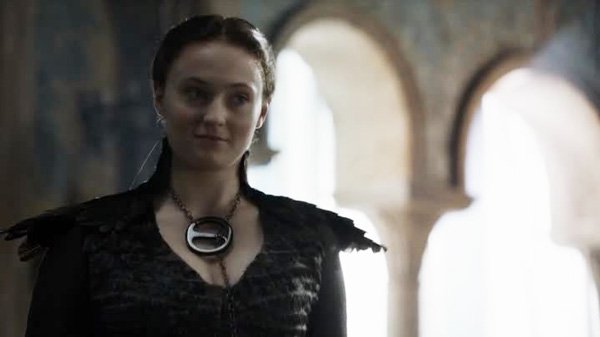 Sansa learns to play the game

Up until now in Game of Thrones, Sansa has been a bit of a victim, basically at the mercy of enemies in King’s Landing since the start. She’s often been protrayed as a bit silly and naive, trusting too much and being too meek to stand up for herself. However, in last night’s episode, she proved she has been learning all this time and may no longer be a pawn in the game but a player herself. She’s called in as a witness as the lords of the Vale are confronting Petyr about Lady Lysa’s death. Her acting is stunning, as she confesses to being Sansa Stark and delivers an emotional account of Lysa’s mental instability before she cast herself into the Moon Door. Her testimony is so convincing that the lords and ladies of the Vale immediately move to comfort her. No suspicion is cast on either her or Littlefinger’s involvement in Lysa’s death. As she walks down the steps with Robin Arryn to tour the domain, it seems her betrothal to the young lord is still very much on. Sansa says to Petyr, “I know what you want,” and we wonder if she’s ready to manipulate Petyr knowing the love he once had for her mother. We’re still not let in yet on Petyr’s eventual plans and what his goals are for himself, Sansa, Robin and the Vale. What do you think? 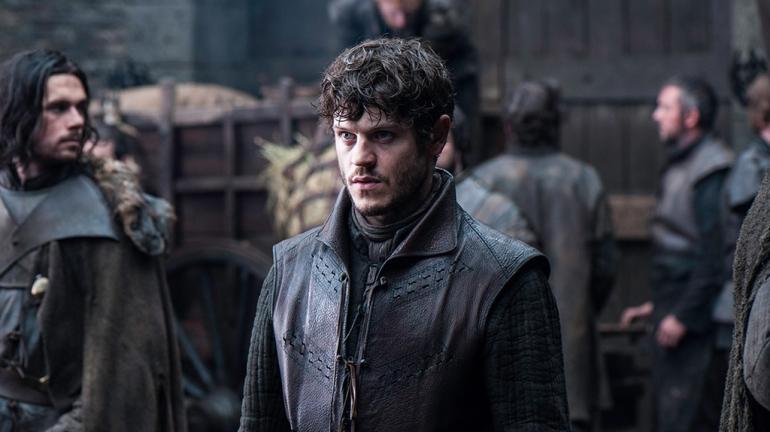 The Bolton’s are rising fast in the Game of Thrones. Ramsay commands Theon/Reek to pretend to be Theon, in order to convince the Ironborn at Moat Cailin to surrender and give up the castle to the Boltons. Theon strolls in and plays his role perfectly, pretending to be the Ironborn prince he ironically actually is. He convinces the Ironborn men that they can all live as long as they bend the knee and surrender, a deal that sounds too good to be true for a sadistic psychopath like Ramsay Snow. Turns out it is, as in the next scene, the men that have surrendered have all been flayed and killed. And the worst part is, Roose Bolton rewards Ramsay by making him a legitimate son and heir, naming him officially Ramsay Bolton. That means he stands to inherit the whole of the North, the domain that once was ruled by the Starks. Honestly, now that he stands to be Lord of the North, what will stop Ramsay from murdering his father for a faster inheritance? We’re not sure this was the wisest move by Roose. 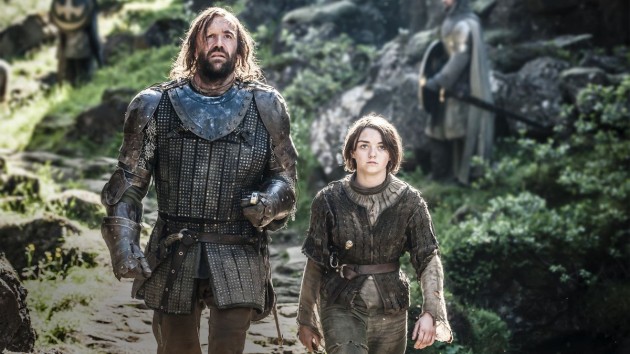 Arya and the Hound finally arrive at the Vale

Arya cracks up hysterically when she and the Hound finally arrive at the Vale, after weeks of walking. Only to discover that her aunt Lysa died 3 days ago. The Hound looks absolutely dumbfounded as he just stares blankly, trying to process that the girl he went through all that trouble of bringing here, is now worthless. Who’s going to pay for her ransom now? Will Arya be reunited with Sansa and fall into Petyr’s clutches? Somehow we doubt it. 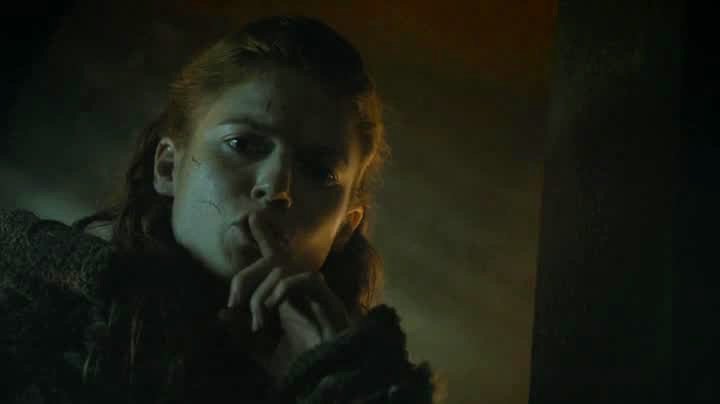 The Wildlings, including Ygritte, have begun their march on the wall. They make quick work of Mole’s Town, killing men, women and children. Ygritte comes across the wildling girl with her baby hiding in a corner and allows her to live, shushing them in their place of hiding so they don’t get discovered. Jon Snow and the other rangers brainstorm ways to fend off the impending attack and defend the Wall.