In last night’s season of Game of Thrones, we saw Tyrion find his champion in an unlikely volunteer while Arya and the Hound continue their trek to the Vale. Petyr, Sansa and Lysa Tully have a shocking exchange. Meanwhile, Daenerys is still figuring out how to rule Slavers Bay.

Now that Tyrion has requested trial by combat, his first and second option are his brother Jaime and his sellsword friend, Bronn. Unfortunately, he finds out that Jaime is less than able, after Jaime confesses that he isn’t able to fight with his left hand at all. Bronn on the other hand has recently been promoted to knighthood and stands to inherit a title and property through a newly arranged marriage to a noble woman. And guess who arranged that? Tyrion’s charming sister, Cersei, of course. Understandably, now that he has ready access to gold, a wife and a castle, Bronn isn’t quite so willing to possibly die fighting for Tyrion. Especially knowing that Cersei has chosen Gregor Clegane, the Mountain, to fight against him. 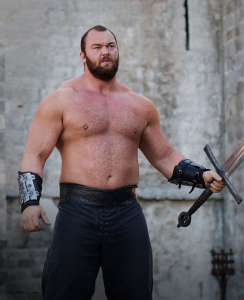 Seriously, look at that guy. Even Bronn is scared of him.

Just when Tyrion’s all but lost hope in finding a champion who could face the Mountain, Oberyn comes to his rescue. He reveals that he has been waiting to exact justice for the murder of his sister and her kids for years. Since the Mountain was the one who carried out that grim deed, Oberyn finds this to be the perfect opportunity to confront his sister’s killer.

As the Hound and Arya continue their path to the Vale, we see Arya becoming a hardened little killer! No, but really. She doesn’t flinch a bit when the Hound puts a dying man out of his misery by stabbing him in the heart. She also doesn’t hesitate before plunging her sword into a man who she remembers once threatened her. 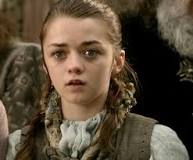 Daario continues to attempt to woo Daenerys, and this episode, it seems like it finally worked. In the early morning, Ser Jorah bumps into a shirt-unbuttoned Daario leaving Daenerys’ private chambers, making a bit of an awkward situation. He offers Daenerys some unsolicited advice not to trust Daario too much. He also advises her not to kill off all the Masters of Yunkai. To straighten the city out, he tells her she needs to show mercy and Dany agrees to compromise, deciding, “They have a choice: they can either live in my new world, or die in their old one.” 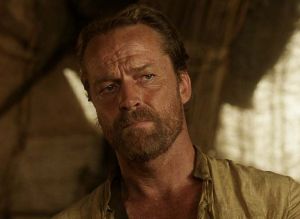 Finally, back in the safety of the Vale, Sansa finds out that her cousin Robin is a spoiled little tyrant. She also discovers that Petyr may not have saved her simply out of kindness. After spending his whole life loving and lusting after her mother, it appears that Petyr has now moved on to Catelyn’s daughter. Upping the creep factor by 10x, he first tells Sansa he could have been her father, then tells her how beautiful she is and afterwards kisses her. Lady Lysa sees the two embrace and is so enraged she threatens to push Sansa through the Moon Door. Petyr intervenes and promises to send Sansa far away, convincing Lysa to let her go. Without missing a beat, he walks up to Lysa, tells her he’s only ever loved one woman his entire life… and says that it was her sister, Catelyn. Right before shoving Lysa through the Moon Door to soar to her death miles below. 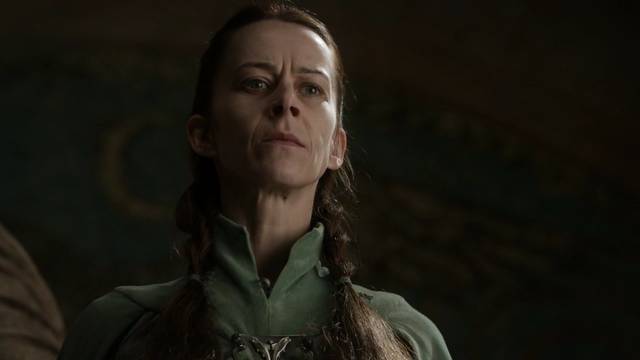 Sorry Lysa, he’s just not that into you!