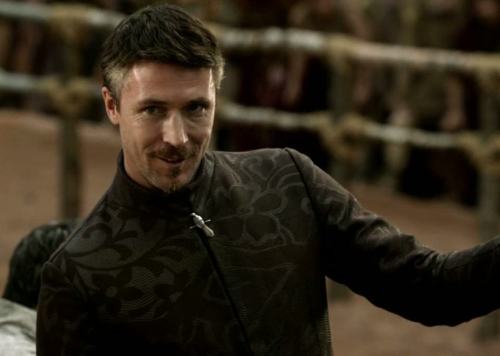 Petyr Baelish is also known as Lord Baelish. He was born to the Baelish household, a tiny estate with no wealth or standing, located in a coastal area called “the Fingers”. Because of his home’s location and his small stature, he was nicknamed at a young age as “Littlefinger”. Petyr Baelish is played by Aidan Gillen on the HBO series.

In childhood, Petyr was fostered at the Tully household and grew up with Catelyn and Lysa Stark. The three were very close, and even acted out kissing one another. Petyr fell in love with Catelyn early on, but she was betrothed to Brandon Stark. One day Petyr challenged Brandon to a duel, naively believing he could win Catelyn’s affections this way. Instead, Brandon beat him down and Catelyn had to defend him from being further hurt.

Lysa and Baelish had a different relationship. Lysa loved Petyr, but he only had eyes for his sister. However, he didn’t hesitate to take advantage of Lysa to help him manipulate his way to King’s Landing and a place of power. Although Petyr grew up in humble settings, he had a talent for managing money and rose in King’s Landing to become Master of Coin. He also owns several brothels in the city.

In Game of Thrones Season 4, Petyr admits to using Lysa to begin the rebellion that caused Ned Stark’s death. He convinced her to poison her husband, Jon Arryn, making the Starks think that the Lannisters were behind it. Petyr also takes credit for Joffrey’s death, suggesting that he played a key role in delivering the poison that killed him. When he brings Sansa to the Vale and conveniently disposes of Lysa, we get a sense of his true motivations.

From youth, Petyr grew up with little. Rejection from Catelyn and the Tullys drove him to better his position in life and become more powerful than the noble lords and houses that had looked down on him. He has also repeatedly stated that he only ever loved one woman in his life – Catelyn Stark – and getting her daughter who looks just like her seems to be his perverse way to finally fulfill that desire.